The UK has recently called for action on the Chinese government after tightening its regulations on Uighur-picked cotton: are we witnessing a genocide?

Accounts of torture and sexual violence in ‘re-education camps’ have multiplied, showing an effort to erase the Uighur ethnic minority. The UK, US and Australia have called for action following restrictions on Uighur picked cotton by the UK. 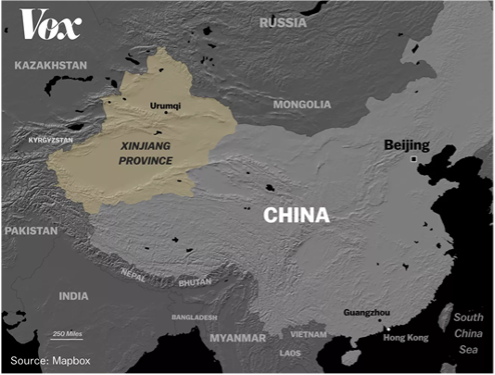 The Uighurs, a Sunni Muslim ethnic minority (one of 55 officially recognised by the government) make up less than 1% of China’s population with about 10 million people. They have been stigmatised and targeted for decades and Xinjiang has seen an influx of Han Chinese migration due to its resource-attractiveness. In 2000, “Han Chinese made up 40% of the population”. Since, there has been an increase in tensions: 2009 protests, terror attacks and the subsequent smear campaign of Muslims, with banning Muslim names for babies, long beards and veils and actively promoting drinking and smoking. Xinjiang has also become a high-tech police state, with heavy phone surveillance through the Integrated Joint Operations Platform that marks Uighurs as “iXvWZREN,” grouping them with terrorists and ex-convicts. 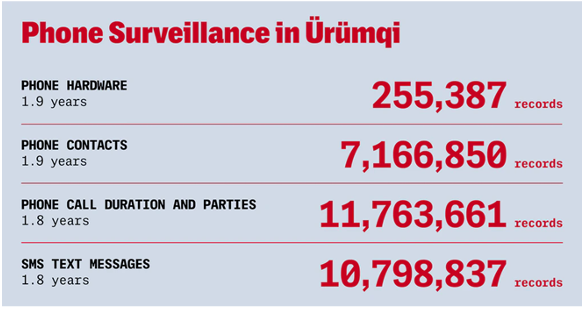 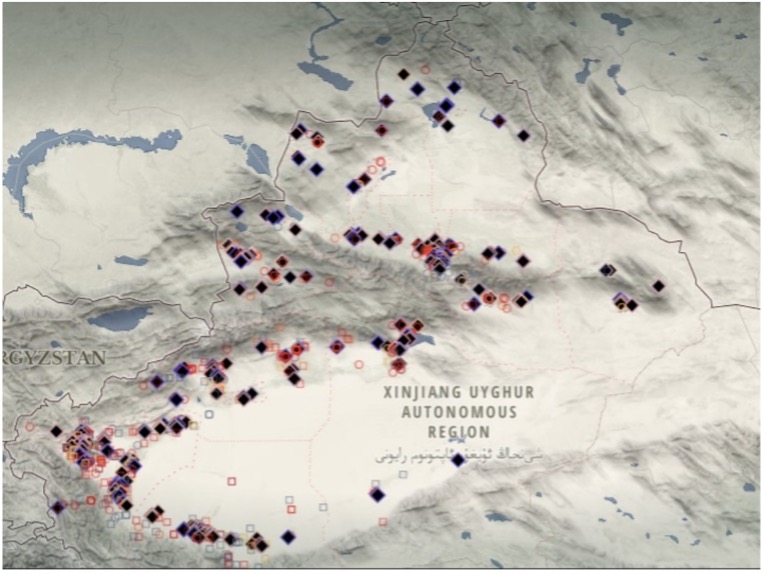 Reports show that the Chinese Communist Party has detained between 1 and 3 million Uighurs in ‘re-education centres’ where they “undergo psychological indoctrination programs”. Accounts depict an erasure of Uighur’s culture, language and religion and indoctrination into mainstream Chinese culture, often through violent means. Researcher Adrian Zenz showed that alongside their Belt and Road initiative, in which Xinjiang represents a major hub, the Chinese government started opening camps. In October 2018, the camps were officially legalised to “eradicate extremism”. There are reportedly over 400 camps now “with at least 61 having been expanded or updated within the last year.” Uighur forced labour is substantial, as “1 in 5 cotton garments sold globally contains cotton and/or yarn from the Uyghur Region” and reports have shown that over 82 well-known companies use Uighur forced-labour in their supply chains. Consequently, over 180 organisations have demanded apparel brands to end their complicity and the UK has put restrictions on Uighur-picked cotton.

Growing accounts of camp survivors and staff members have surfaced, depicting an environment where indoctrination, torture (beatings, electric shocks, starving…) and gang rapes happen on the daily, as well as forced medical testing. We also witness an effort to erase the Uighur population through forced sterilisation, IUD’s and abortions, with a 60% increase in IUD insertions in Xinjiang. Furthermore, Uighur families, where the husbands have been sent to the camps, have reportedly been placed under the “Pair Up and Become Family” program, where a “Han man comes to take the place of the husband”.

There has been little international involvement, however, under the growing evidence, the UK, US and Australia have called for action, with MP Nus Ghani referring to the atrocities as bordering on genocide. Yet, we are currently witnessing a continuation of British inaction: calls had been made on legislation to allow the British High Court, instead of solely the international system (as China vetoes the claims of genocide at the UN), to make claims of genocide as a way for Uighurs in Xinjiang to have legal standing in courts in China. This would also “amend the British government’s Trade Bill, aiming to add a clause to it that would scuttle trade deals with any country found by British courts to have committed genocide.” However, the government opposed the plan in fear of its possible consequences on trade deals: China is “among the U.K.’s top five trade partners” and in this post-Brexit climate, the UK has put an accent on trading with AESAN countries. Britain formally asked to join the Trans-Pacific Agreement on the 1st. The Uighur case meets the UN’s criteria for genocide. The international community must take a stance on human rights abuse and act. Meanwhile, global consumers movements must continue boycotting Chinese products and sharing information about these events.

At JAN Trust we fight for the freedom of each to express their religion freely. We work to help Muslim communities ease their fears of Islamophobia by providing a safe space for them to integrate into British society. We help empower minority and Muslim women against online dangers, like gangs and extremism through our Web GuardiansTM. To find out more, please visit our website: http://webguardians.org/. Click on the link to find out more about our Another Way Forward initiative, which educates young women on these issues that threaten our tolerant society and encourages them to speak out against extremism and hate through the medium of video.

Below are some petitions:

This website gathers resources for victims of sexual abuse: https://www.bbc.co.uk/programmes/articles/22VVM5LPrf3pjYdKqctmMXn/information-and-support-sexual-abuse-and-violence

All images have been credited to the original source through a hyperlink in the image.