Nearly two weeks ago, on Bastille Day, the city of Nice was attacked; 84 people were killed and 303 people injured. The killer was a divorced, father of three named Mohamed Lahouaiej-Bouhlel. Born in Tunisia, he later immigrated to France, settling in Nice, in 2005, where he worked as a delivery-truck driver. 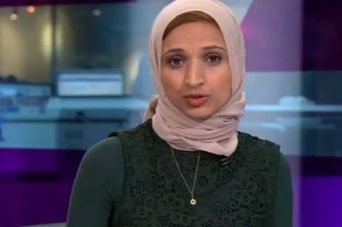 Four days after the attack, a news article was published by The Sun, written by one of its former editors Kelvin Mackenzie who wrote that he “could hardly believe (his) eyes” when he saw “a young lady wearing a hijab” presenting the news following the Nice attack. Mackenzie believes it was inappropriate of Channel 4 to have a Muslim woman reporting the news when “there had been yet another shocking slaughter by a Muslim.”  This woman is Fatima Manji, a news reporter who joined Channel 4 in 2012, and has covered several news stories during her time with the channel such as the Natwest banking problem.

Since the release of the article, there have been over 1700 complaints sent to the Independent Press Standards Organisation (Ipso) as well as a formal complaint made by Fatima Manji herself and one from the CEO of the Independent Television News (ITN) who produce content for Channel 4 and other channels. The article has sparked a national outrage and once again questions what the authorities are doing to tackle the rise in Islamophobia in the UK.

As of September of last year, there has been a 70% increase in Islamophobia in the UK, with 60% of this hate being targeted towards Muslim women. In the last year, particularly since the attack in Paris, there has been a 300% increase in attacks on Muslims, mainly women. Prominent figures in the community are speaking out against this rise such as ex-Conservative Party Chair, Sayeeda Warsi, who highlighted this figure in a letter she sent to The Sun’s editor to complain about the article. These are shocking statistics, yet news stories like the one written by Kelvin Mackenzie continue to be published.

Since writing the article, The Sun has published another article written by Kelvin where he seemed unapologetic and mocked people for complaining:

“Instead of accusing me of Islamophobia (yawn! yawn!) Channel 4 might like to try finding a Muslim presenter to front a documentary about Islam’s attitudes towards the gay community, or perhaps on how women are treated as second-class citizens in Muslim countries.”

Kelvin Mackenzie and others who hold the same views as him are clearly out of touch with what’s happening in this country right now. Muslim women are being spat on, beaten and bullied for wearing the hijab. Fatima Manji has also written an article expressing the same concerns as JAN Trust about the rise in Islamophobia and hate crimes targeted at Muslims. Since the Paris attack last year and Brexit last month, hate crime against Muslims has soared and articles like Mackenzie’s only serve to add fuel to the fire.

At JAN Trust, we work with women and young people affected by Islamophobia and hate crime. We aim to raise awareness about how these impact Muslims living and working in the UK. We are at the forefront when it comes to tackling complex and sensitive issues such as Islamophobia and extremism. Using our knowledge and expertise, we have designed and delivered workshops addressing these issues to the communities which we advocate on behalf of, as well as to professionals working on these issues. We have worked with over 10,000 young people and practitioners across London and the UK. You can visit our website Say No To Hate Crime to learn more about the work we do at community level on hate crime and how to report hate crimes.