Earlier this month, our CEO Sajda Mughal OBE wrote a piece for the Independent about the rise of the Far-right and Islamophobia in the UK.

The article shed light on the fact that many politicians, institutions and news outlets have been either consciously or subconsciously reluctant to treat far-right extremism with as much severity as other forms of terror. This includes news outlets and social media companies not addressing this issue fast enough, and hateful comments left unaddressed. Sajda spoke about examples of hate crimes and Islamophobic abuse that Muslim women have shared with us, and even abuse we have received as a BAMER community org. The article served to remind people that these online comments, jokes and/or memes may not be just jokes, but feed into a larger, much more grave story about the rise of Far-right extremism. This rise is well-documented and to suggest that the UK’s awareness of the threat and subsequent response to it has not been adequate isn’t particularly contentious.

However, the comments on this opinion piece from members of the public have served to cement the validity and necessity of the piece itself. A Muslim woman of colour speaks out about the rise of Islamophobia in a mainstream newspaper and the comment section has filled with around 100 comments of people predominantly sympathising with the kind of typical far-right sentiment Sajda warns against. If anyone was unconvinced or thought of this as a fringe-issue before, there can be no denying now. Here are some examples of comments we received: 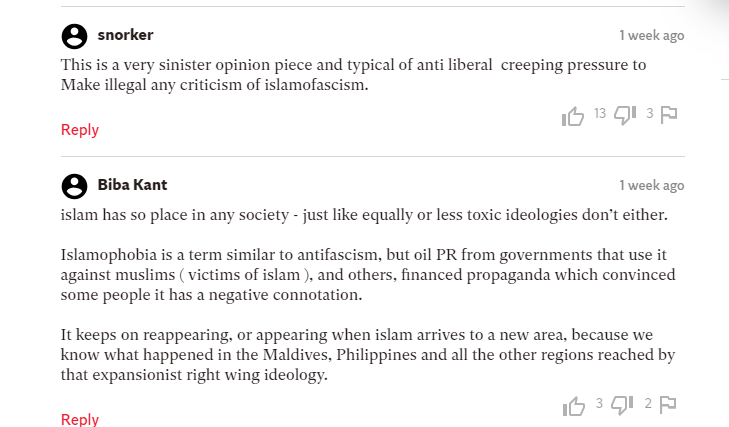 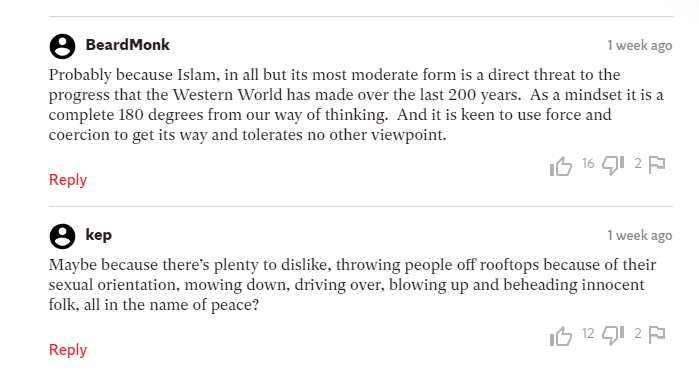 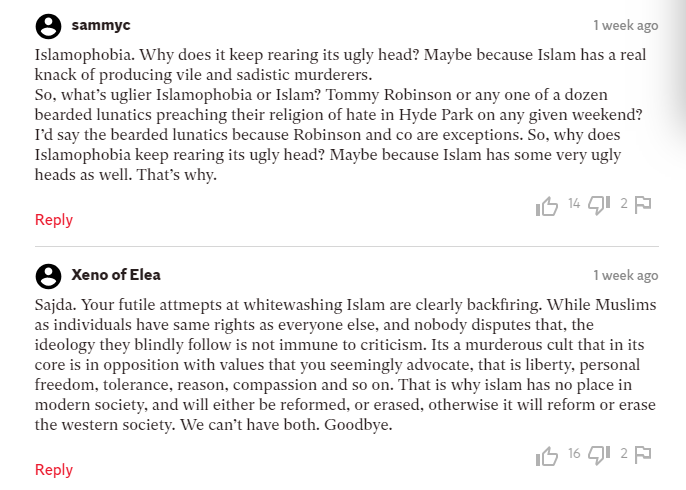 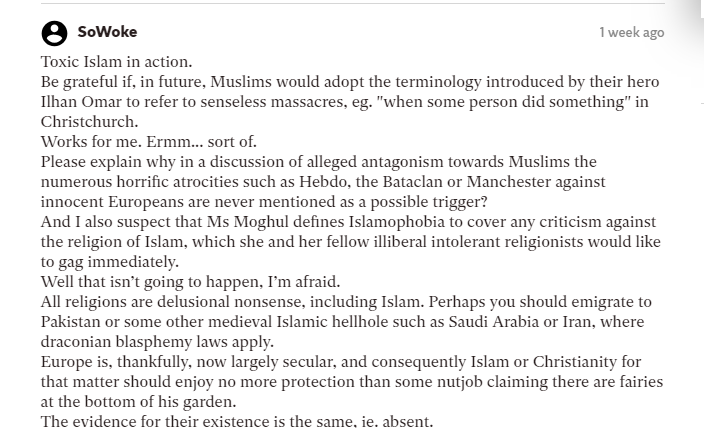 It’s important to note that Sajda herself is a Survivor of the 2005 London Bombings, a fact which seems to have gone over the heads of many commentators.

The hatred and vitriol speaks for itself, and all these comments are still up on the Independent’s website, seemingly unregulated, for people to see. That includes comments such as ‘Islamic Cancer’ and that Islam is a religion of ‘coercion and violence’.

In the article itself it is mentioned that ‘light-hearted’ jokes, which usually are based in some truth and are thinly-veiled expressions of hate, weave into a larger societal picture. Whether some opinions are explicitly far-right and some not as severe, it is clear how the pieces fit together culminating in a hostile landscape that contributes to harm and where Muslim people are targeted.

A Muslim women of colour speaks out about issues affecting her and her community including stories of being physically assaulted, receiving threats of arson and murder and receives this kind of reaction just for drawing attention to the issues? It’s easy to see how Islamophobia and Misogynoir intersect, working in tandem to laugh at, dismiss and stamp out the voices of Muslim women of colour.

Ironically, the best argument for exactly why this opinion piece was and is so necessary is a quick glance at the comment section. Yes, we have freedom of speech in this country but that does not mean freedom to say whatever you feel like without ramifications, freedom from being responsible for the influence your words have or that your words will not be harmful to individuals and/or communities. Should freedom of speech infringe on another individual’s freedoms so much so that they are fearful of going to work or even walking down the street because of harassment or worse? The hate, the disgust, and the lack of empathy directed at Muslim women, especially non-white Muslim women, and those who follow Islam in general is palpable and undeniably mainstream. We won’t be silenced.

This year is our 30th anniversary! Please support the work we do at JAN Trust empowering BAMER women and celebrate with us!